Skip to content
Linking up with of Nicole of Frontier Dreams and her ‘Keep Calm (Craft On)’.
After finishing up the pink baby blanket last week I was at a cross roads as to if I would work on existing projects (like a good girl:), or start a new project — or two or three!! So far, I’ve been a good girl and have gotten myself to nearly the half way point, or a little further, on three existing projects!! GO ME!!! 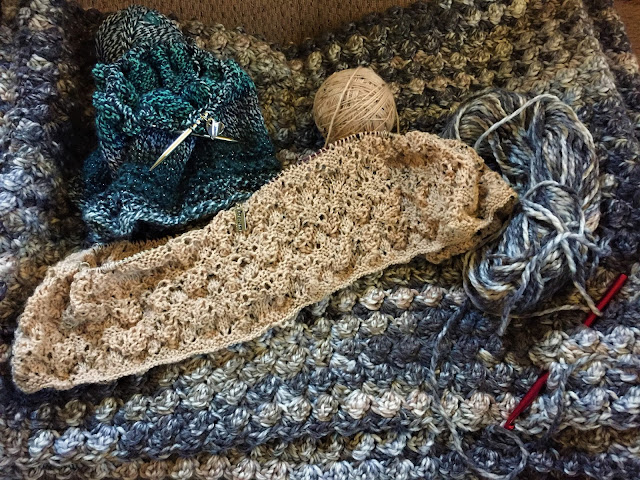 Above: I am just a bit further than half way on my afghan. This one is clearly not going to get finished for this year’s cold weather, but there’s always next winter:0)

The top left is just a bag project I’m playing around with. No pattern, and I’m not even sure if it’ll come together or not, but it is just past the half way point either way.

And I pulled out my Tidal Sands Cowl which if I hadn’t slipped off a stitch while trying to fix another problem, that then made me have to tink back 320 stitches to fix, would be at the half way point too. I’m only 4 rows from the half way point now, so we’ll call it good!! 🙂 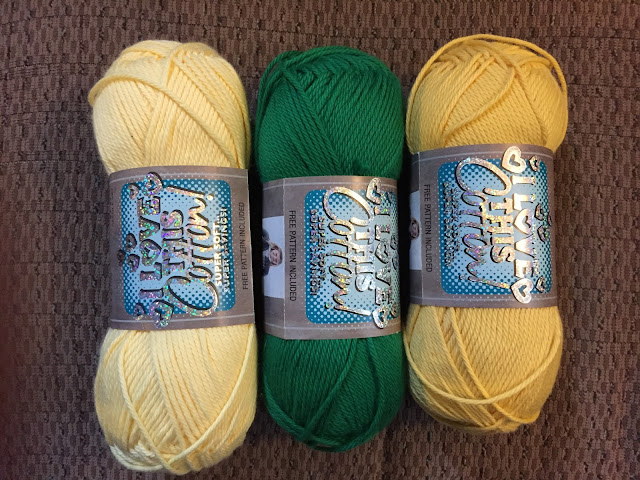 While I haven’t officially started a new project, I have been playing around with yarn colors for a new project. My hubby has a friend at work who’s wife is expecting a baby boy in May. I made a blanket for his two daughters and now he just let us know that this one is a boy (he is pretty excited!!) and that he got the go ahead from his wife to do the room in a John Deere theme. I didn’t know how hard it would be to get the colors matched up on this one, but I’ve been to the store 3-4 times now and only *think* I have colors that will work. I also looked on line, but it’s hard to tell if the colors are just right, so I was kind of limited to what Hobby Lobby had this time. Plus I really like this yarn for baby blankets, so…
The green is just about right, it could be a bit deeper, but it’s close. Neither of the yellows are quite right. The one on the left is too light, but the right kind of yellow. The one on the right is about right in intensity, but a bit too orange/mustard/something?? I only bought one of each for now and will play with them to see if I can make it work. Hubby says the one on the right is closer, so I’ll play with it first. So that is my next project and I will crochet this blanket which should go pretty fast.
Off to see what others are working on!!

Begin typing your search above and press return to search. Press Esc to cancel.